You are using a web browser that may not support the design features on this site.

For the best experience, please switch to another browser. We recommend Chrome or Firefox.

Teething in Babies, Fact or Fiction 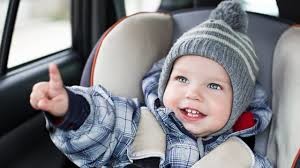 A leading pediatric dentist claims that the symptoms associated with Teething in babies is just a myth. The fever, diaper rash and other symptoms which parents assume are a cause of teething, may just be an indication of a baby who has other infections.

By attributing these symptoms with Teething, Kirsten Fitzgerald, a consultant pediatric dental surgeon in Dublin, Ireland, claims that parents are neglecting what the real causes are.

A child with meningitis went undiagnosed because it was believed that teething was the real issue. Dr. Fitzgerald, warns that many such cases have been overlooked and not treated as they should be.

As for all problems associated with babies, there is always a viable company which comes up with solutions to alleviate discomfort, for parents as well as for babies. For example the innocuous looking amber necklaces, which are supposedly useful in easing discomfort, seem to present a choking hazard for infants.

Dr. Fitzgerald further explains, that a baby’s milk teeth rise slowly to the surface, and there is no cutting or piercing of the tissue, and contrary to popular belief, the baby does not suffer much discomfort. Dr.Fitzgerald continues, that the reason why babies usually develop fevers whilst in the teething phase is that this time in their early beginnings, coincides with increased exposure to outside infections.

The correct way in which parents should deal with teething, instead of reaching for any teething remedies, is to try rubbing their baby’s gums, or wiping their face with a damp facecloth. Parents should also brush their baby’s teeth with a wet toothbrush until the age of 2.

Babies tend to get 20 viral infections in their first two years. But, having new teeth do not seem to be a cause for viral infections, and thus symptoms associated with other infections, should be identified earlier and children be treated appropriately.

Related Services: Adolescent/Teen Dental Care
Return to Blog Homepage
Like us on FacebookWatch our Youtube VideosLeave a Google ReviewInstagram
If you have difficulty using our website, please email us or call us at (703) 743-5937
View the ADA Accessibility Statement
Turn on ADA Views
Contact Us Today
Give Us A Call
Sporting Smiles - (703) 743-5937
Send Us an Email
Expanded Details View
This Patient's Experience
Loading Testimonial...
Loading Case...